Desk Pad by MDS just RESTOCKED! - Get Yours Now!

If you purchase a product through our links, we may receive a commission with no additional cost to you. 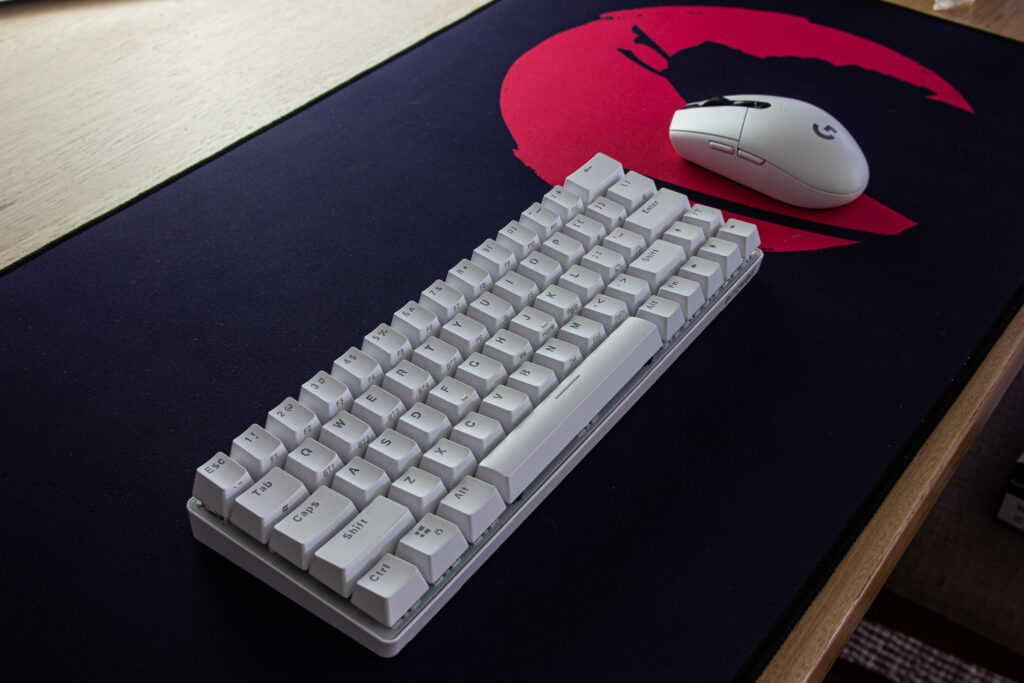 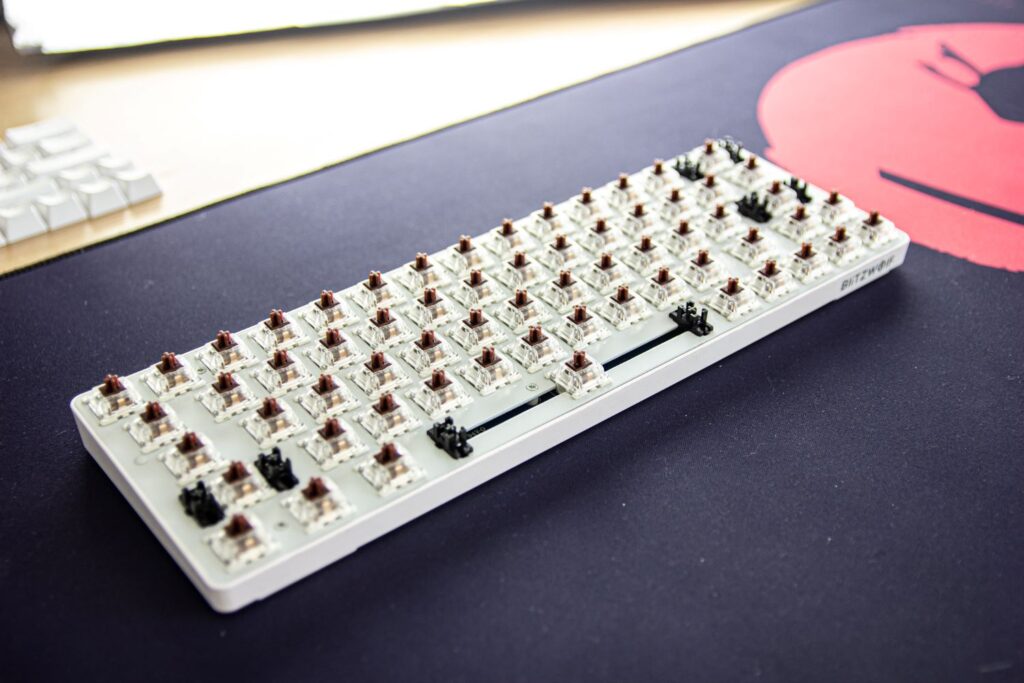 The Blitzwolf Keyboard BW-KB1 is probably one of the most compact and consistent keyboards that we have reviewed at its price point. Overall, they really paid attention to detail in building this keyboard with nice-sounding stabilizers, arrow keys and an array of RGB lighting functions. Most importantly, It is similar to the Razer Huntsman Mini in looks but has better functionality in our opinion.

Works on all devices

Wow, I was very shocked at first because the Blitzwolf Keyboard BW-KB1 was priced as a budget keyboard at $65 AUD or $50 USD, so my expectations were pretty low, but it surpassed my expectations by a mile and more. The finish was nothing spectacular but nonetheless it was top class for a budget keyboard. It features a set of durable and smooth ABS double shot keycaps which does feel good to the hands. It does have a plastic exterior with a weighted plate inside to give it some good weight. The plastic base was finished with matte white which can help people complete the lighter-coloured desk setups.

If you want the full TLDR version, you can watch our video review of the keyboard.

We talk in-depth about why we choose 60%/65% mechanical keyboards but in summary, it’s because it offers a huge space-saving on your desk. Clearing up the clutter on your desk can sometimes be one of the main driving factors for selecting a keyboard like this, and being wireless as well as compact, there is no better choice than the 60/65% keyboard format.

For our Blitzwolf Keyboard, we ordered it with the Gateron Browns Switches which has a peak force of 45g. What does that actually feel like? It has a tactile bump like most brown switches but I think the difference with this switch is the sound and feel. Firstly, because the switch is not lubricated, the pitch is higher which I don’t think is an issue for most people. Especially those working from home should be glad that it doesn’t click. Secondly, compared the cherry MX brown, the tactile bump feels slightly softer. This won’t matter to most of you as you can still order the Blitzwolf Keyboard with the blue or red switch, but I think the brown switch is a good medium between having the tactile feeling without the annoying clicking sound of the blue keys. The switches are unfortunately not hot-swappable which means you would need to desolder the existing switches if you would want to use you own custom switches.

The most important thing I want to comment on is the layout. From the photo above, you can clearly see that the ‘ / ‘ key is to the right of the up arrow key. For many, that might not be an issue, but for me being a web developer, I immediately noticed. I thought it might be a big issue, but after using it for a month, I think after the 2nd or 3rd day, I actually got used to the layout. I really needed the arrow keys so having a 63 key layout was relatively important. However, I later learnt that you could get the software from the Blitzwolf website to adjust the FN functions, Key layout to swap the up arrow and the ‘ / ‘ key. The spacing between the keys was standard and definitely a lot better than the Razer’s ever-so-slight narrowly spaced keys.

The stabilizers on the Blitzwolf keyboard are quite average. Built using a cherry-styled plate mounted stabilizer, it gave the space bar a nice deep pitched thud sound when actuating it. The sound of the keys can be further improved with some lube, but it’s not necessary.

I’ve used the Bluetooth mode for a while, but I only had Bluetooth 4 dongle. It is enabled for Bluetooth 5 so potentially the performance could have been better than my experience. In order to make the battery life of this keyboard to around 19-20 hrs of daily use as claimed by the manufacturer, they had to make some sort of software adjustment. One of the biggest adjustment would be the low delay between sleep time. The keyboard would go to sleep very often and on wake, it would have a slight delay before connecting to the Bluetooth. I didn’t really feel it as much when gaming, because it felt like, I was still pressing the keys and my character was still moving quite accurately. It affected me heavily when I would browse the internet and watch youtube, as between watching videos and clicking on links, the keyboard would go to sleep and it would not register my first keypress.

This isn’t a huge problem for gaming and I would say for 95% of the daily use including doing consistent typing or coding, but for me, I decided to go back to using the wired mode with USB Type-C.

EDIT: After using it with a bluetooth 5 dongle, the experience did in fact improve and the wireless doesn’t freeze or dropout.

Not much to say here, it’s got all the functions you need for an RGB light show on your desk. Photos attached. It had a perfect amount of brightness what I needed it for. However, if you use a monitor lamp, you won’t be able to see the RGB as I know monitor lamps can be quite bright.

I would highly recommend this keyboard to anyone looking for a cheap daily driver that has all the functions that a modern 60% keyboard has. You would not be disappointed at the build quality at this price point especially when compared to the Razer Huntsman Mini. Furthermore, the compact form factor and the wireless capabilities will add the aesthetics of your minimal desk setup.

Extra shots from the setup @ HQ

setups with the keyboard

The Ultimate Guide To Setting Up Your Desk Using Amazon Prime Day Deals!

How to Transform Your Workspace into one with a Minimalist Aesthetic

How to take photos of desk setups

Would you run a triple monitor setup?

An Easy IKEA Desktop Setup for Your Home Office